Though it may never be clear exactly what happened at Kent State on May 4, 1970, the world knows a great deal of what happened due to the staff of the Akron Beacon Journal.

In a column published April 2000, Tople looked back at what it was like to experience that day. Tople, then a student from Kent working part-time as a weekend photographer for the Journal, remembers being sent to take photos of the riots happening on his very own campus.

“To this day, I don’t know why I kept taking photographs, but I did,” Tople wrote. “Students took cover and ran as fast as they could. I just kept taking pictures.”

Tople went on to become a photojournalist for the Beacon Journal.

Redmond was instrumental in obtaining an FBI document that stated the National Guard was under sufficient threat to justify shooting because of a connection with a county prosecutor.

The obituary for Redmond in the Beacon Journal said he had a “knack for being on the scene for the big stories,” noting his presence at D-Day while enlisted in the army for World War II as well as the Kent State massacre.

The coverage of Kent State continued even as the area was placed under martial law and, according to the original article, phone lines were severed.

The Ohio Bell Telephone Co. had the recorded message, “Due to the martial law in effect in Kent, the telephone company is closed.”

Tople concluded that his involvement in the coverage had taught him the importance of the right to free speech and to protest.

“At Kent State, I was learning to be a photojournalist,” he wrote. “When I took those pictures on that tragic day in May, I learned a lot more than that.” 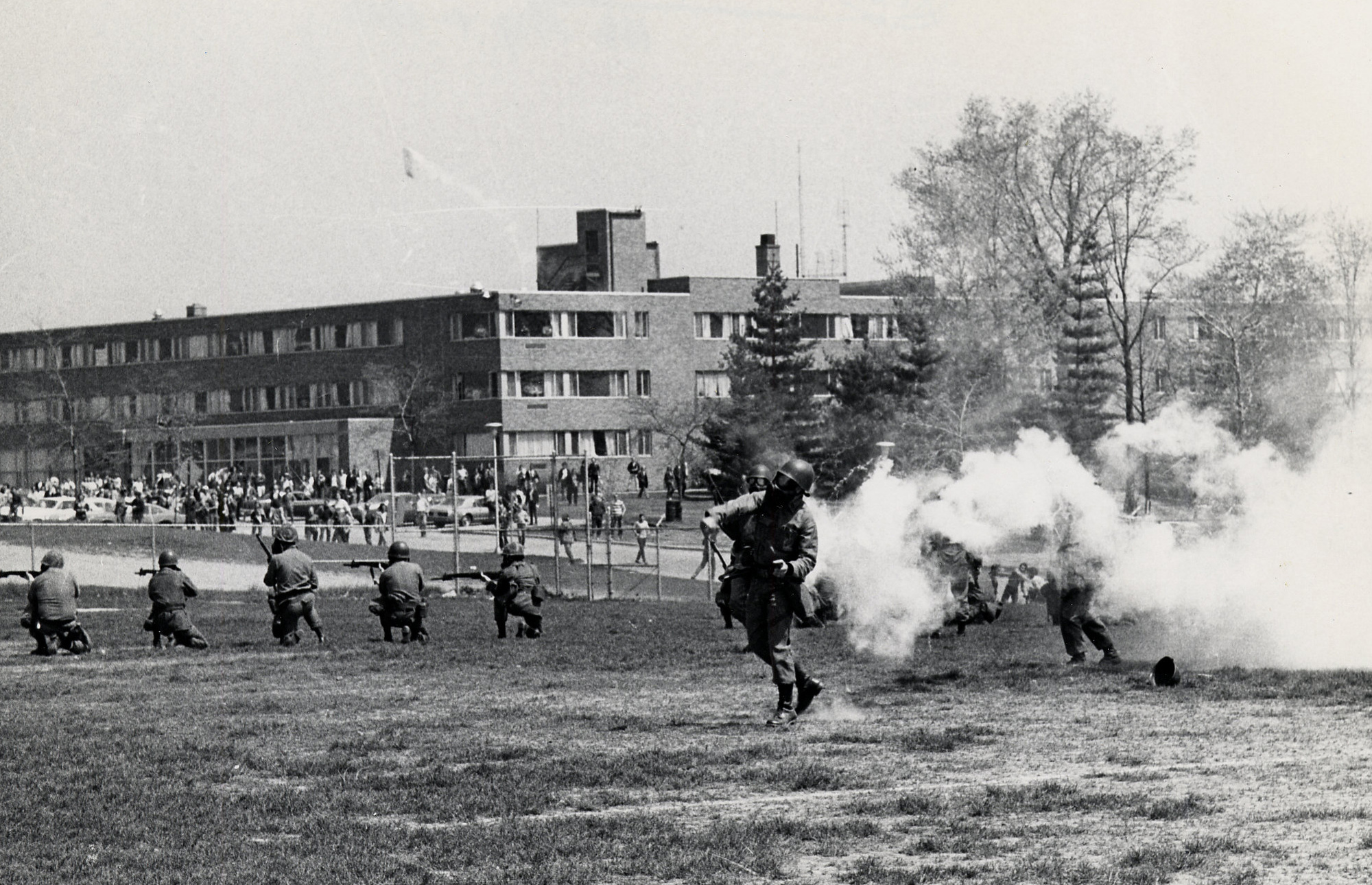 The Beacon Journal’s submission included coverage from the days immediately following the shootings, as well as longer-term coverage of investigations.

Biographies of the Beacon Journal employees involved in the Kent State coverage.

The Beacon Journal front page from May 4, 1971, announcing the paper’s Pulitzer win.

Some photos taken by Beacon Journal staff during the protests.

The Akron Beacon Journal has won a total of four Pulitzer Prizes. Photos documenting the entry and the wins are featured on the newspaper’s website.

Fellow Pulitzer winner Connie Schultz, a Kent State graduate, reflected in a column on the lessons from Kent State that still apply in 2015.